There are lots of fun and active games you can play with chalk! 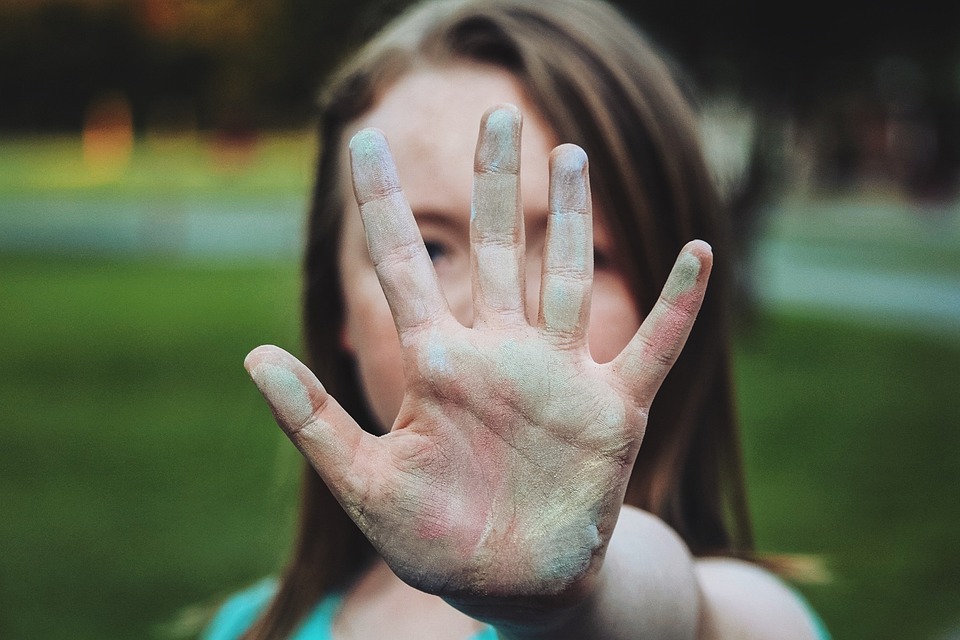 This is an oldie (as in kids have been playing it for over 300 years) but a definite goodie. The rules are simple and kids can either draw their own course with the chalk or have a parent help. Use your imagination and draw the boxes to be jumped in in various colours and shapes. Use the chalk as the marker or find stones, beanbags, buttons or small plastic toys. Once your children have conquered hopping the course, see if they can double hop on each box or use varying feet for hopping on the way up and the way back the course.

With different colours of chalk, draw “beaches” various distances apart. Use blue chalk to draw water and shark fins between the beaches and have kids jump from beach to beach to avoid the “sharks” in the “water.”

Use various colours of chalk and draw concentric circles with a bullseye in the middle. Within each circle, write point values if kids want to brush up on their math skills or simply use markers to see who can throw an item closest to the bullseye. For markers, use chalk, stones or on hot summer days, wet sponges or water balloons.

4 Square is extremely popular in many schoolyards at recess. Draw your own 4 Square court with chalk, mark a number from 1 to 4 in each square, and use a bouncy ball to play this fun game. Each player stands in each of the squares, and the player in square 4 starts by bouncing the ball in their square and then hitting it towards one of the other squares. The receiving player then hits the ball to any other player. The ball must bounce in the receiving player’s square once and they must hit it to another player before it bounces a second time. If the player misses a square or the ball bounces a second time before they hit it, they are “out”. If there are more than 4 players, the player who is out goes to the end of the line of waiting players. If there are only 4 players, the player who is out would move to the next lowest position, 4 being the highest square.

Have kids design their own web of squiggly lines, circles, and other lines with chalk to design a maze through which others can walk, run, cycle, or scooter. The bigger, more colourful, and more intricate the maze, the more fun kids will have working their way through.

Use chalk to make 26 squares or circles fairly close to one another and write the letters of the alphabet in each. For kids just learning their alphabet, call out letters to hop from one to another. For kids who are able to spell, call out words to spell and have them hop using one or two feet from one letter to another. During the summer months, this is a not-so-subtle way to work on spelling skills while having fun.

Find me a person who doesn’t like Twister and I will show you my best “what you takin’ about” face. Create your own chalk twister board with at least four colours and four shapes and have another child or parent call out instructions as to where children should place their right hands, right feet, left hands and left feet. Keep the traditional rules of Twister by having kids balance while moving each hand and foot to different coloured shapes without falling over, or make your own rules. Have kids roar like lions on blue squares or hop like bunnies on a green circle. Ask them to laugh like their moms on a yellow triangle or stand as tall as a tree on a red squiggle.

This game requires at least three players but can be played with many more. Draw a large square court with smaller squares drawn in each corner in different colours. Draw a circle in the middle of the court. One person is designated the “counter” and stands in the circle in the middle of the court. The counter closes their eyes and counts to ten. While their eyes are closed, the other players skip around the court and choose a corner to stand in (more than one person can stand in one of the corners). With their eyes still closed after counting to ten, the counter calls out one of the four corner colours. Whoever is standing in that colour is out. The game continues until all players are out.

Head to your nearest yard, driveway, or sidewalk and prepare for your kids to spend endless hours of active fun with one piece of “equipment.” And if they start telling you Simon-like stories of climbing into magical places with dragons and fairies, it will have been an even more super-fantastic day.

Please choose at least one activity

Connect With DCLT To Keep Up To Date